What is a Usonian Home?

The Usonian houses were the result of architect Frank Lloyd Wright’s goal to design a simple, modern, affordable home for the masses. The first Usonian home, Jacobs 1, was built in Madison, WI, in 1936. The last Usonian house was completed after Wright’s death in 1959. Usonian homes were the prototypes for the ranch style homes that have since proliferated across the suburban United States.

The Lindal Imagine Series consists of respectful modern translations of Frank Lloyd Wright’s Usonian homes, developed in partnership with the Frank Lloyd Wright Foundation and the School of Architecture at Taliesin. Wright originally designed the Usonian house plans because of his desire to provide custom residences to the middle class. He believed that beautiful architect-designed homes should be available to more than the wealthy, and that living in a beautiful home could positively influence the homeowners.

The first Usonian homes were built in the 1930s. They are the precursor of traditional home designs such as the ranch house. The Frank Lloyd Wright house plans emphasize both beauty and functionality. Blueprints for Usonian homes have several design features in common. The homes have low-pitched roofs. This creates a streamlined modern profile. The roofs have deep overhangs to blur the distinction between indoors and outdoors and protect the home and its residents from the elements. Usonian homes are constructed of natural materials such as wood and stone. Many Usonian house plans are single-level designs with modest entryways that open into dramatic, open floor plan interiors. Wright designed these homes to blend in with their surroundings, in accordance with his principles of “organic architecture”. Lindal’s Imagine Series homes unite the timeless design principles of  Frank Lloyd Wright’s Usonian houses with current developments in technology, construction and design theory. Select one of our Usonian house plans to build a beautiful, functional home that expresses the way people live today.

“The architect should strive continually to simplify; the ensemble of the rooms should then be carefully considered that comfort and utility may go hand in hand with beauty.” 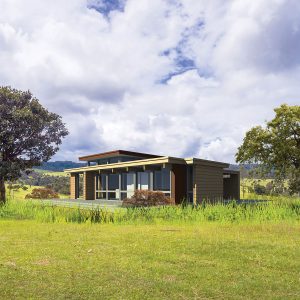 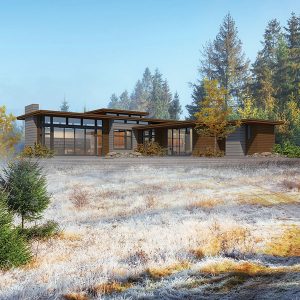 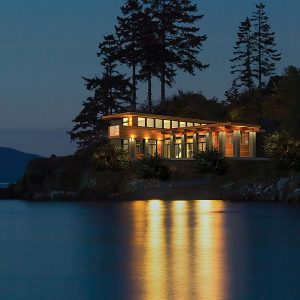 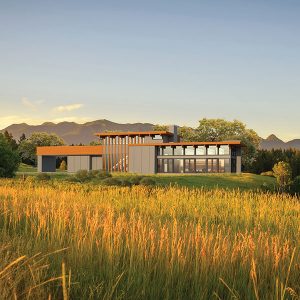 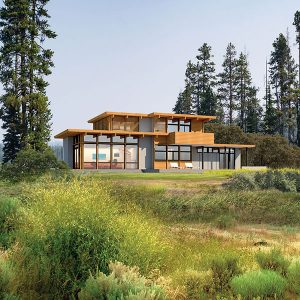 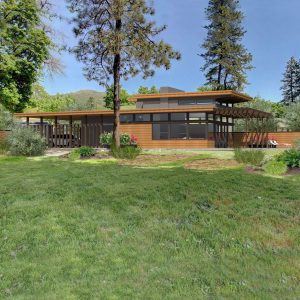 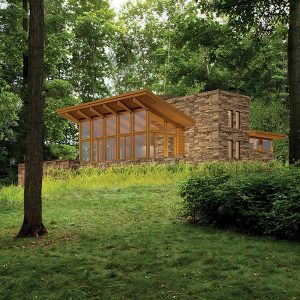 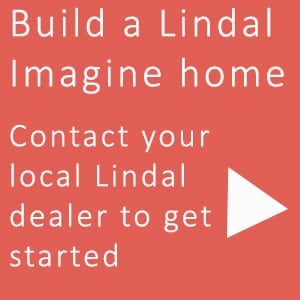 Lindal Cedar Homes’ founder, Sir Walter Lindal, started the company in the 1940s. Like many post-war builders and architects, he was influenced greatly by the work of Frank Lloyd Wright. This influence is reflected in the many hundreds of house plans that Lindal has created over the past 70+ years. The similarities between the house plans of Lindal Cedar Homes and Frank Lloyd Wright are most clearly realized in the Imagine Series. Architectural home designers Aris Georges and Trina Lindal carefully reviewed Wright’s original Usonian house plans and used them as prototypes to create their designs. The Imagine Series continues a decades-long relationship between Lindal and the Frank Lloyd Wright School of Architecture at Taliesin. The School was one of the founding participants in the Lindal Architects Collaborative program. Both Aris and Trina are graduates of the School (now renamed the School of Architecture at Taliesin).

As with many of Frank Lloyd Wright’s homes, Lindal homes have traditionally had two distinct faces. On the public, front-facing side, the homes are often modest in appearance. On the private view side, however, the home opens up with walls of glass to showcase the view and blur the separation between the interior and the outside world, whether in the form of a garden, spacious yard, or spectacular water, mountain, or forest view.

Wright liked to use natural materials such as stone and wood in his homes (though he also kept pace with technological advances in home building and enjoyed experimenting with new materials). Similarly, Lindal is committed to sourcing premium natural materials as an essential component of its post-and-beam homes. Our cedar siding comes from sustainably harvested forests in Western Canada and is of unparalleled quality.

Wright was one of the earliest advocates of using prefabricated elements in residential home design. In fact, he was known for taking the practices of commercial architecture and employing them to help systematize and expedite the construction of private homes. For some of his Usonian house plans, known as Usonian Automatics, Wright developed a system for mass-producing concrete blocks, with the idea that the homeowner could both create and use these prefabricated elements to build their own home.

From 1911-1917, long before developing his Usonian home designs, Wright conceived of a line of homes he called American Systems-Built. He collaborated with a factory in Milwaukee to produce pre-cut materials that would then be shipped to the build site. This method of manufacture and delivery of an exterior materials package to the property of the homeowner is very similar to the way Lindal operates today. As with Wright’s homes, our homes are system built on a vertical and horizontal grid, with modules that provide a solid aesthetic and structural base for a multitude of design and configuration options. Wright’s first foray into prefab was stymied by America’s entry into World War I, when factory resources were diverted to the war effort. However, Wright did not give up. He introduced his first Usonian house plans in the early 1930s.

No discussion of the similarity between Frank Lloyd Wright’s Usonian house plans and those of Lindal would be complete without the mention of open floor plans. In both systems, a great room with a high ceiling becomes the focal point of family life. This room generally incorporates the kitchen, living and dining areas. One good example of this is the Mirror Lake floor plan, shown here: 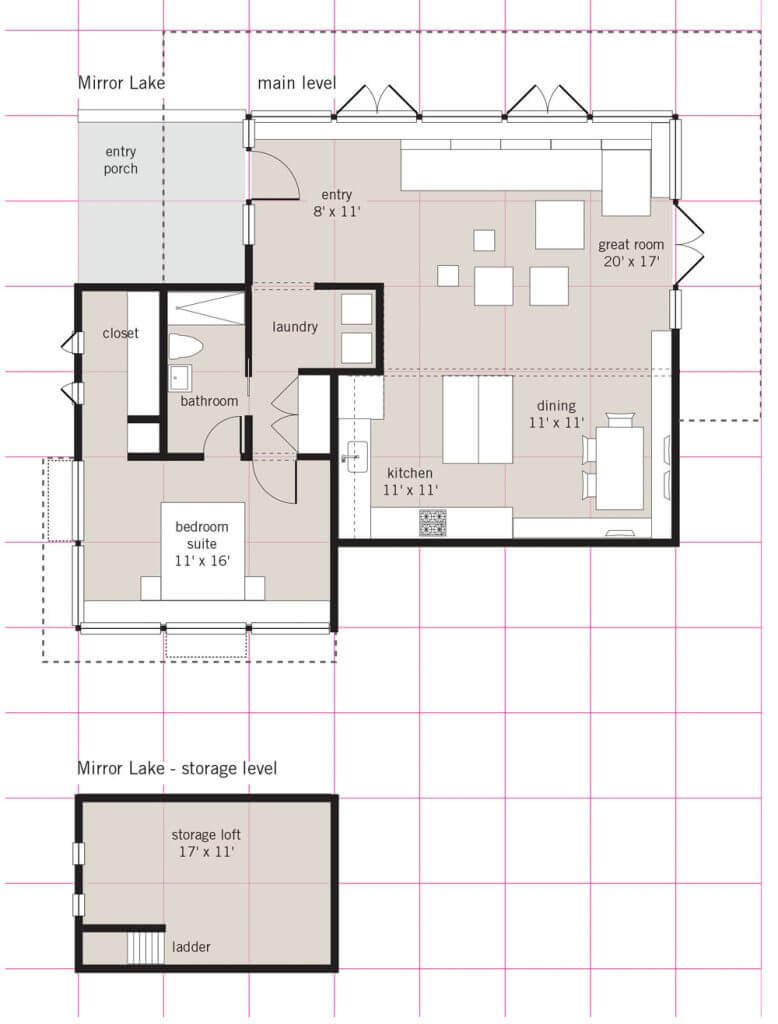 The floor plan for Mirror Lake, a Usonian-inspired Lindal design based on Wright’s Seth Peterson Cottage. Most of the square footage in this small home design is taken up by the great room, nestled under a dramatically sloping roof. The spaciousness of this area for cooking, dining and entertaining belies the home’s small footprint.